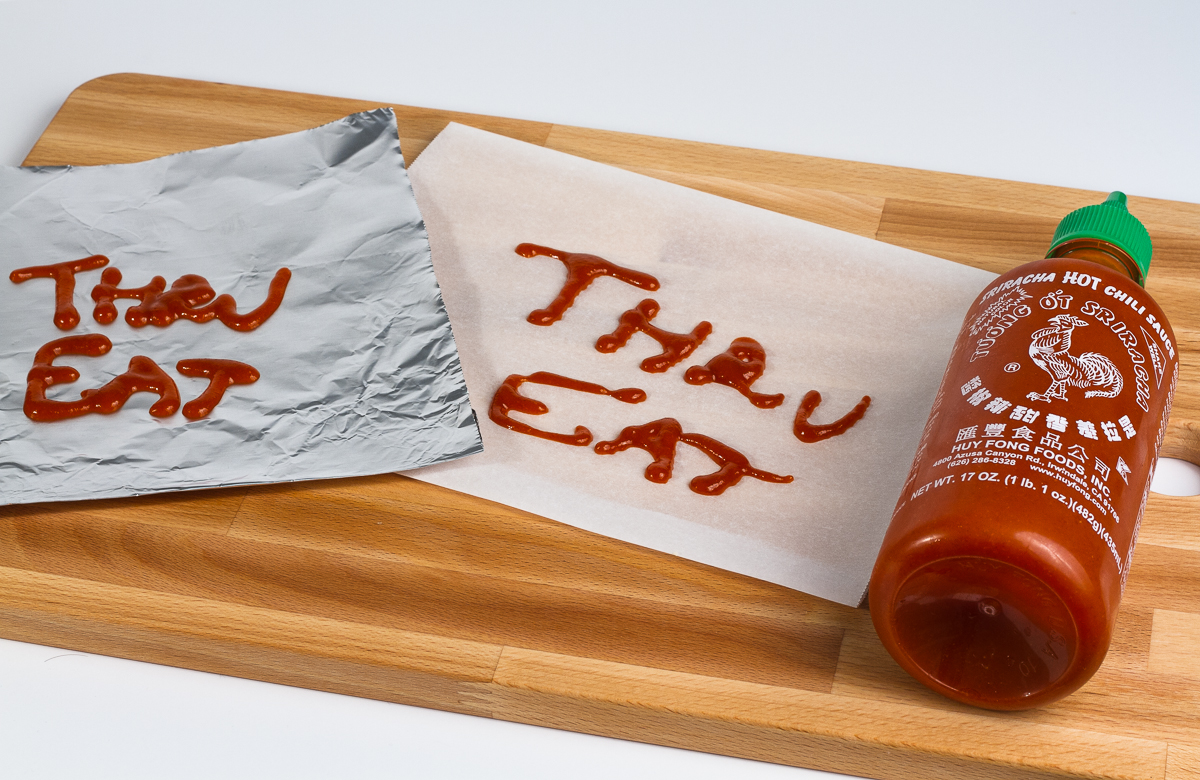 Oh that cock sauce! Or for the PG-13 crowd, affectionately known as rooster sauce. And for those who have mastered the tongue twister, simply, Sriracha.

The hot sauce produced by Huy Fong Foods is now almost as ubiquitous as ketchup, at least here on the West Coast and in major cities across the country. It has a following beyond that of cultish; there are halloween costumes based on the iconic bottle. Culinary creations worthy of Michelin stars have leveraged the distinct heat, taste, and color. Let’s also not forget Frito Lays even slapped it on their potato chips. It’s that good.

If you have an affinity for spicy, and have indulged in Chinese, Thai, Japanese, or <insert Asian country here> food, then you’ve more than likely consumed Sriracha. You may have even seen it on the shelves at your local grocery store. If this is news to you, do yourself and your taste buds a favor and grab a green top bottle—accept no imitations.

For everyone else, I know I’m preaching to the choir. We consume Sriracha in quantities large enough to frighten a proctologist, or at least put their kids through college. This stuff is seriously addicting and gets slathered on just about every meal. Bacon and eggs? Oh yes, it could use some Sriracha. Spaghetti with meat sauce? Definitely needs a squirt or four. Day old pizza? Magnifique!

I treat my Sriracha like a diabetic treats their insulin. It travels with me as an absolute necessity. It’s a staple in my car-camping kitchen kit. However, backpacking is a different story. I’m not above carrying a bottle of Sriracha on a backpacking trip and sporting it in an external water bottle pouch.  But for extended trips where I’m cutting the handle off my toothbrush to save a few ounces that’s just not going to fly.

So naturally, I dehydrate it. Astute readers might be thinking, “what’s with the parchment and the foil?” Well, I use my ParaFlexx sheets for fruits, veggies, and other foods much milder than Sriracha and didn’t want subsequent foods to take on the flavor. I used both foil and parchment just to see which would peel easier. Spoiler alert, it peeled easily off both, there was no discernible difference in peeling or drying.

You don’t have to write letters with the Sriracha, but you should definitely spread it thin and evenly. The thinner and even it is, the faster it’ll dry. Do note that if it’s too thin, peeling it off might be difficult because it’ll tear apart very easily. 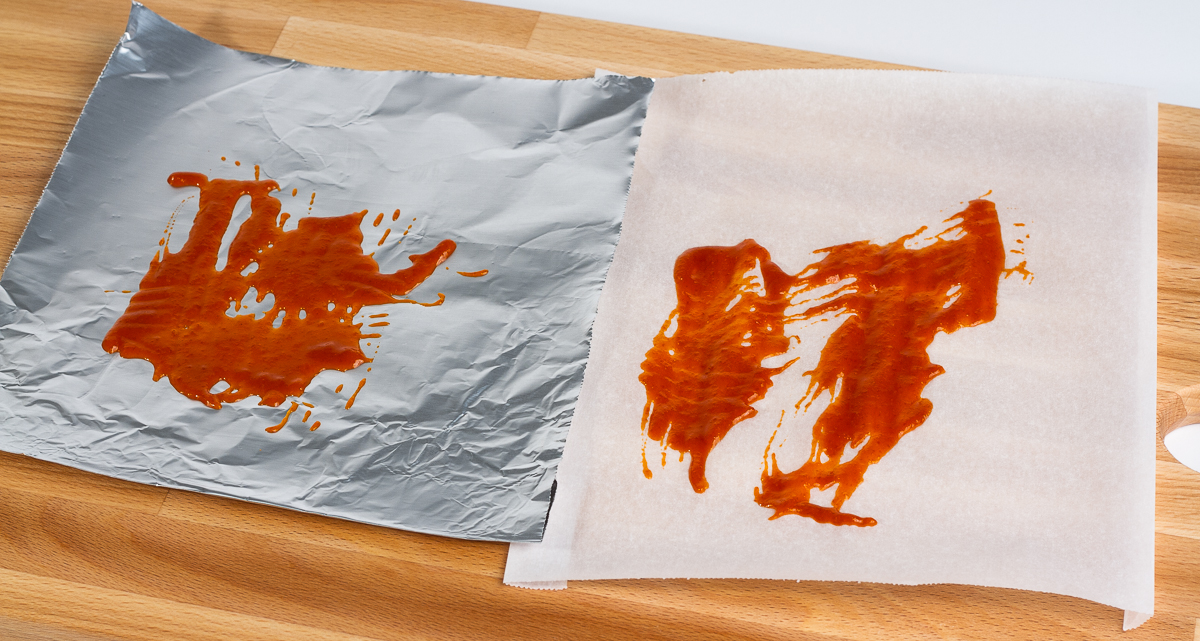 Then off to the dehydrator at 135℉, or whatever temperature your dehydrator recommends for fruit leather. It took about 2 hours to completely dry, but I erred on the side of caution and left it in for a total of 4 hours.

When you’re done you should have a dry but tacky leathery sheet. If you’ve made fruit leather or ever had a Fruit Roll-Ups that’s the texture and consistency, except less kid-friendly. 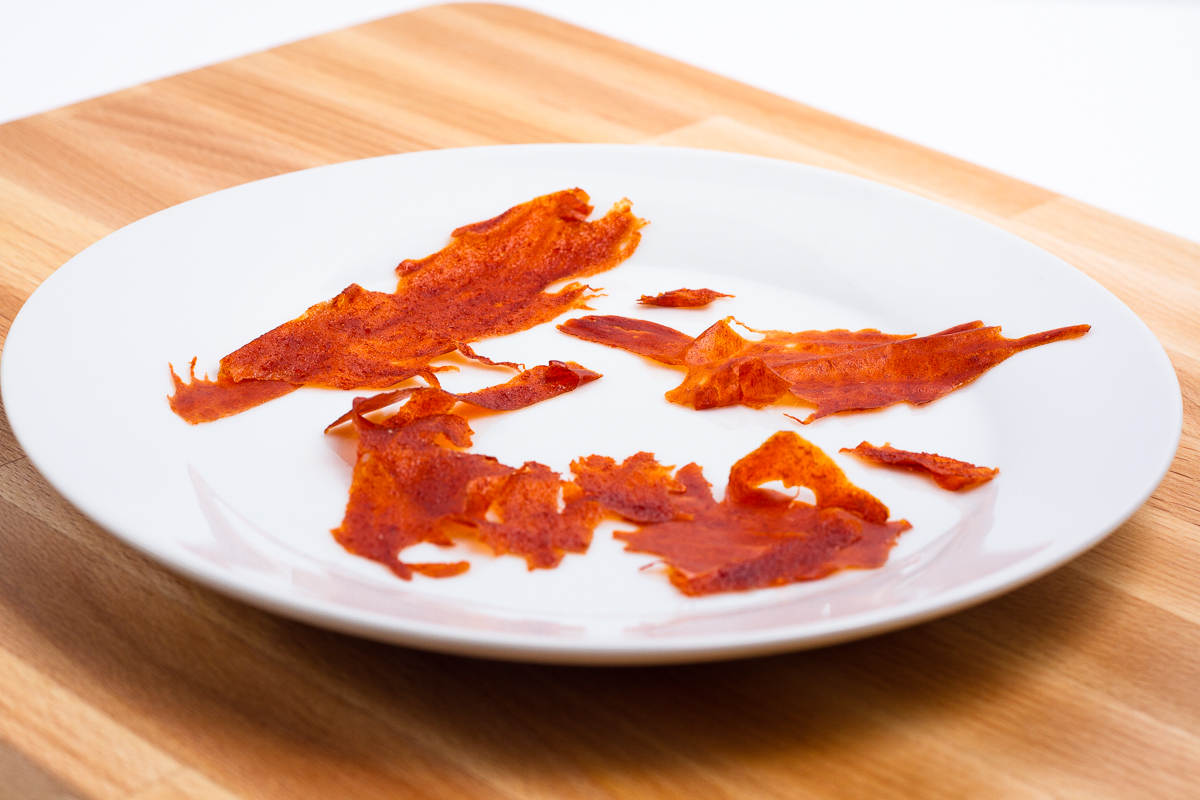 At this point, you have one of two choices:​ 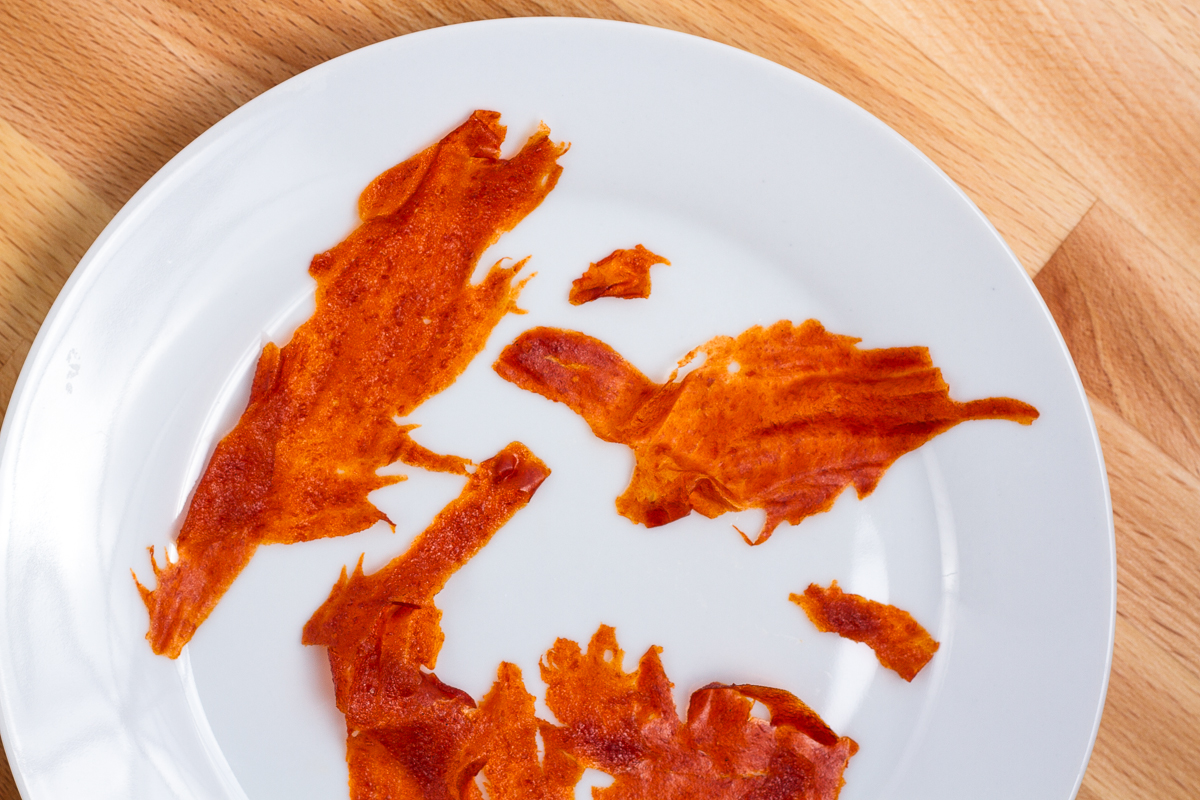 A powder would be the preferred state, but it’s not achievable at home. A single serving of Sriracha is 5g, and of that serving size, 1g is sugar. Sriracha is 20% sugar, and it’s actually the second ingredient, after chilis. With that high of a sugar content it’ll always be slightly tacky and never brittle enough to be turned into a powder.

Believe me, I tried. Putting the Sriracha leather in a mortar and pestle just made it clump into a sticky mass, like a wad of chewed gum. Ultimately, it needs to be treated like the fruit leather that it is.

The important part is that it rehydrates very well, and incredibly quick. Once water is added to the leather it starts to dissolve almost immediately. A little stirring and you’d be hard pressed to tell it was ever dehydrated at all. You could the leather directly to any meal, and as long as it’s moist it’ll dissolve. 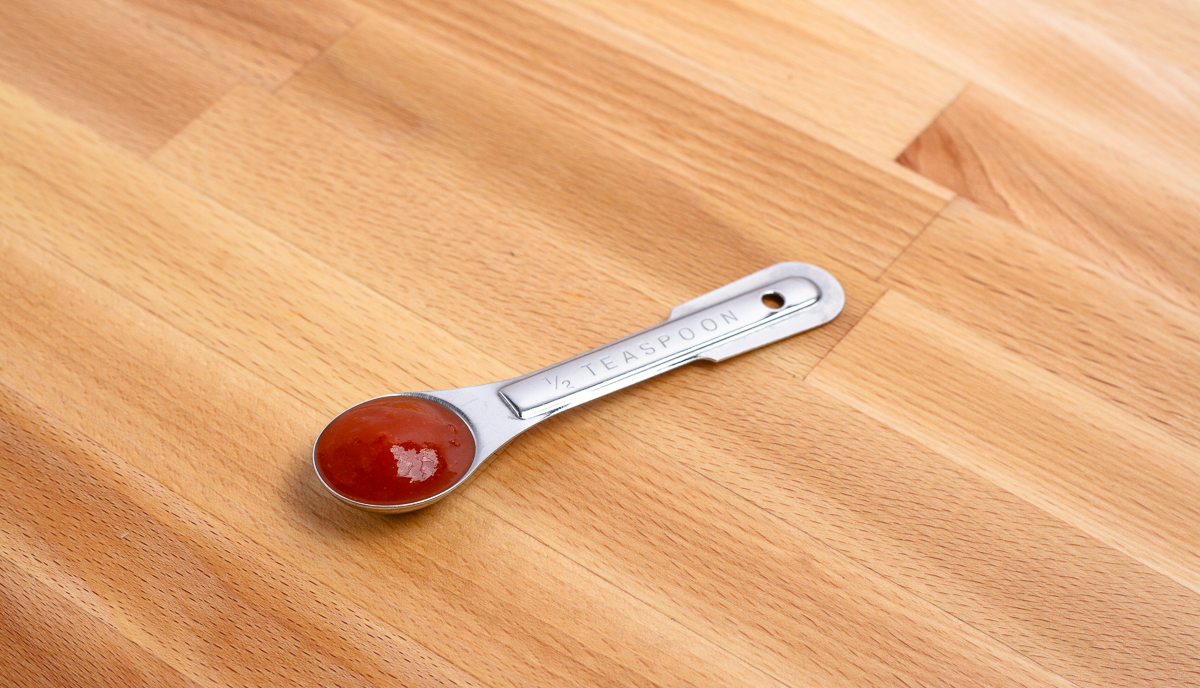 The photo above is rehydrated Sriracha, it looks identical to the stuff straight from the bottle and tastes just the same. No photo trickery here, it’s the real deal.

Unfortunately all I have to show for all the leather is a meager ½ teaspoon reconstituted. The majority was lost in the mortar and pestle gum up, but it provided a storage solution much better than rolling up in parchment.

Smash it all together and turn it into a log of Sriracha! It didn’t require refrigeration before, and it won’t now. Toss it into a bag or wrap it in plastic wrap and hit the trail, when you need to self-administer a dose of delicious goodness or dispense some trail magic to a fellow traveler just slice off a section of your cock sauce. 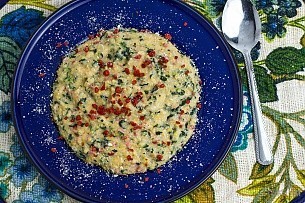