Oatmeal is one of those foods that people are either indifferent to, or really dislike. I think that's because most people have been forced fed mediocre pasty rolled oats most of their lives under the guise of whole grain health or cholesterol free calories. I'm looking at you Quaker Oats.

The reality is that good oatmeal exists! If you've never heard of steel cut oats then you've probably been eating rolled oats. Steel cut oats have a great nutty flavor and a texture that makes rolled oats seem like week-old sidewalk bubble gum on a hot day. While my imagination may be a little over exaggerated, the difference between steel cut oats and rolled oats are quite significant. But if you've ever cooked steel cut oats then you know that it takes significantly longer to cook, think 15-30 minutes, which is much too long when we're on the trail. While you can hop on the overnight oats bandwagon, that won't work in regions with bears or food storage regulations.

So what's a hungry hiker to do? Enter Coach's Oats. It's not rolled or steel cut, but it has the same tasty steel cut texture and flavor with a significantly shorter cook time. As little as 5 mintues! It's not a particularly pervasive brand like Quaker and I've only seen them at a handful of grocery stores, but the one place that always have them in stock is Costco. So if you have access to a Costco that'd be good place to start, otherwise there's always the internet. Which by the way, has over 200 5-star reviews and 4.9/5 stars overall. That's right, 200 people reviewed Coach's Oats oatmeal, believe the hype.

I know what some of you might be thinking, "what's wrong with those little packets of instant oatmeal?" While they're convenient and chock full of tasty artificial flavors, they're often way too small for a grown person who's burning lots of calories on the trail. So you end up eating 2, maybe 3 packets to feel satiated; and don't get me started again on the texture. Certainly don't forgot to clean it up right away because that stuff will stick to your pot/bowl like cement before you can even finish eating it. And while you can eat it directly out of the packet to save some cleaning, you look ridiculous holding a tiny paper sack of oatmeal. The real problem is that the inside of the packet is some sort of wax or plastic which probably wasn't designed for high heat.

With how great strawberries rehydrate and some milk powder, we can make incredible oatmeal on the trail that tastes just as good as home. However, please note that this won't contain all those fun artificial flavors and colors or awesome chemicals. 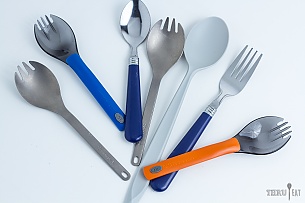 The Best Backpacking Eating Utensil
How to Choose a Dehydrator 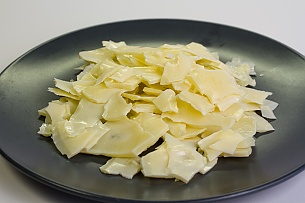