Textured vegetable protein, TVP, might be the best backpacking protein. It’s a bold claim, but I stand by it! 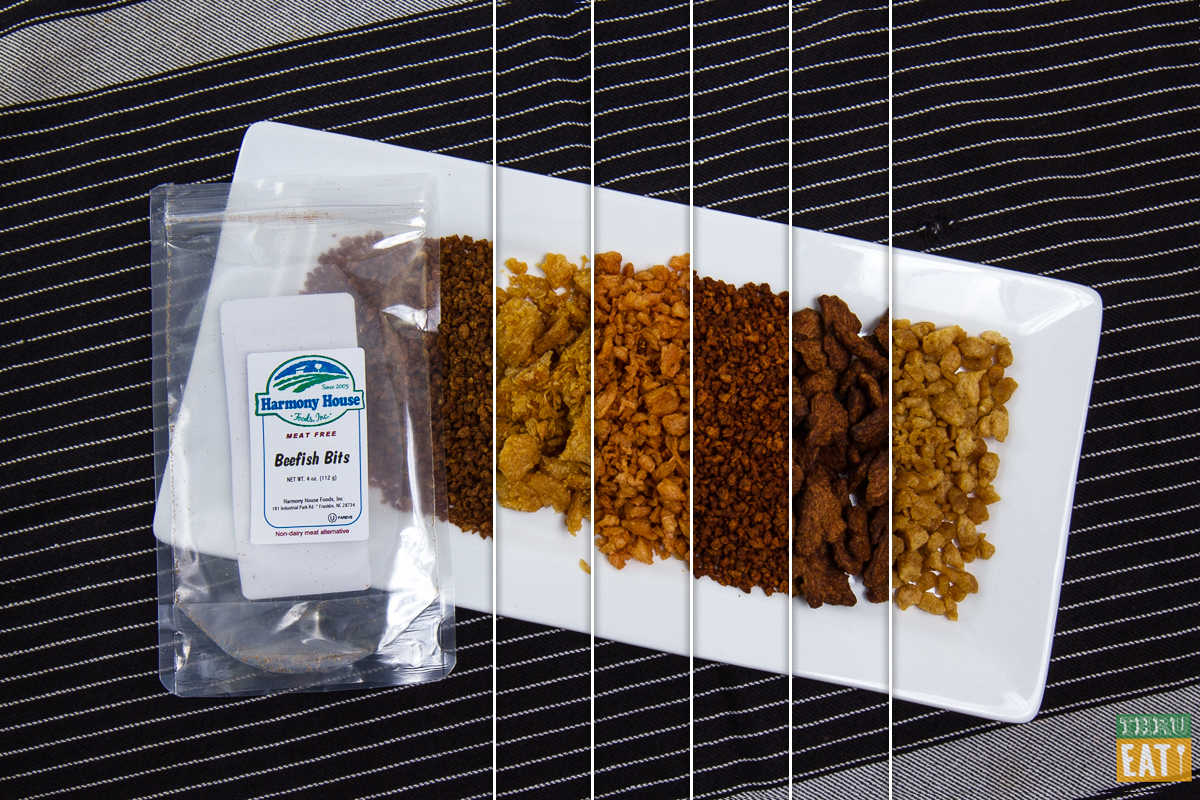 If you’re going out for a weekend trip, striking a balanced diet really isn’t necessary. You can get by just fine on instant ramen, Idahoan mashed potatoes, and even junk food. Fun fact, Fritos have an exceptional calorie to weight ratio. However, on longer trips you might want to aim for more substantial and balanced sustenance.

The human body is a complex and intricate machine that requires various forms of fuel. After a couple days on a backpacking trip I’m not thinking about scarfing down more nuts or oatmeal. The only thing on my mind is smothering my face in a steak until I twitch violently and take my last breath; or shoving my fist into a rotisserie chicken and finding out how many bites it takes to get to the center of that meat Tootsie Pop. Meat! Protein, my body craves it and yours probably does too.

Calories in the form of carbohydrates can certainly sustain you, but your body actually needs protein. Protein is responsible for the structure, function, and regulation of bodily tissue and organs. Eating protein will help you hike longer, go further, climber higher, and just generally feel good while you’re out backpacking. Not eating enough protein can actually be detrimental.

Another fun fact, Fritos are not a complete protein.

Now that we have that basic understanding, let’s get back to the meat of the topic (pun intended). Textured vegetable protein, TVP, is usually made from soybeans. Which, you guessed it, is a complete protein legume. If you’re vegan or vegetarian, or familiar with those dietary options, then I’ve been preaching to the choir.

If you know nothing about the herbivore world, you should know that TVP is a popular meat substitute for those who don’t eat meat.

So why is TVP the best backpacking protein?

TVP is not without flaws though. It’s usually a byproduct of soybean oil production, so it’s highly processed. Additives and chemical processes are used in its creation. But those who live in glass houses shouldn’t throw stones. I regularly backpack with junk food! Many health conscious folks consume textured vegetable protein regularly, and anecdotally, it seems to be a non-issue. The pros greatly outweigh the unsubstantiated cons by a large margin.

And that's why I think TVP is the best backpacking protein. In a world full of life hacks, enjoying a delicious meal and fueling your body with a complete and balanced diet to tackle a hard day’s hike is just as important as having all the right gear and equipment. Why spend hundreds (sometimes thousands) of dollars on the latest, greatest, lightest gear and then endure eating bars with the texture of cardboard. Hike your own hike and all that, but just food for thought.

Maybe now you’re wondering what it looks or tastes like. Well, it’s likely you’ve consumed TVP in the past and didn’t even realize it. Many food products use textured vegetable protein as a meat extender and a texture enhancer. One of my friends is an on-again, off-again vegetarian and she makes a delicious chili with TVP. For quite some time I didn’t even realize it had no animal product in it—that’s how indistinguishable it is.

A while ago Harmony House sent me their TVP Sampler for recipe development, and up until that point I’d never cooked with TVP or even touched it in its ‘raw’ state.

Serendipitously, my friends invited me out for a quick last-minute backpacking trip to the Sespe Wilderness the same weekend I received the sampler. I hastily threw together some ‘beefish chunk’ TVP and some leftover Harmony House vegetables from their backpacking kit, added some salt and pepper, and I was off to soak in a hot spring! 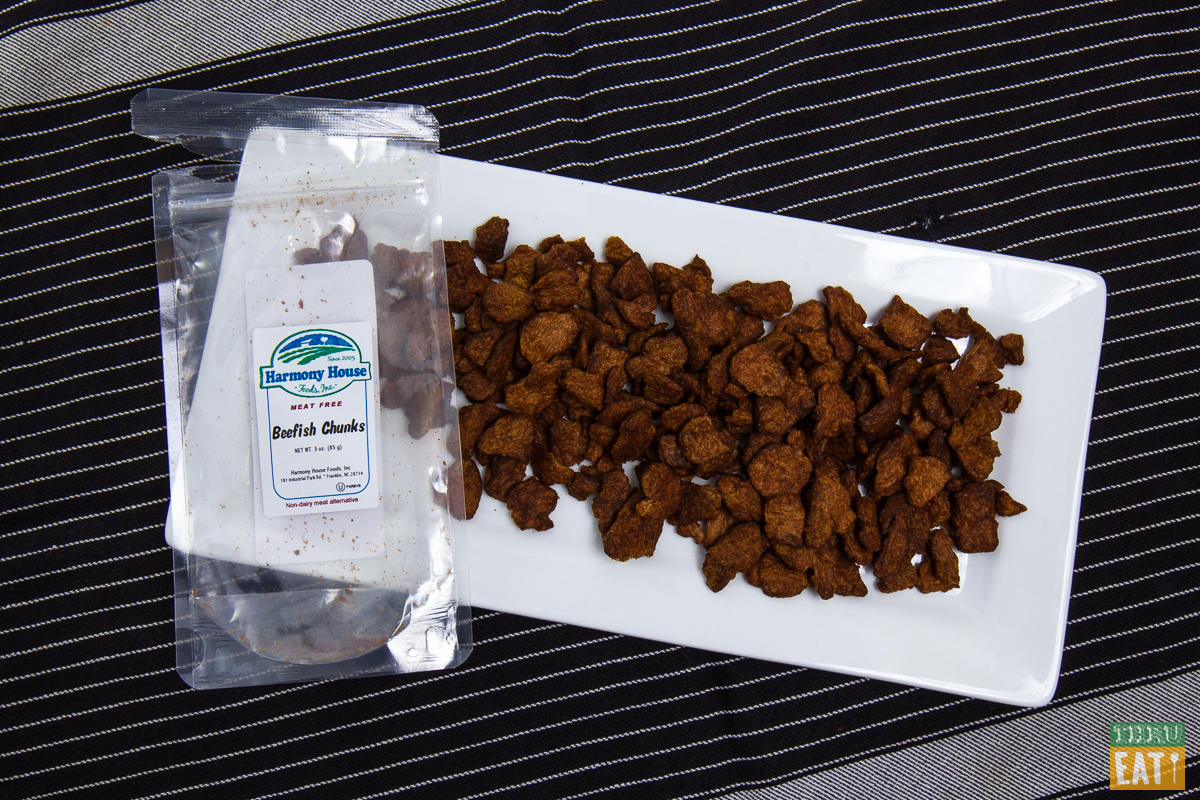 After the first night’s dinner, I was totally sold on TVP. It just makes sense as a backpacking protein food source since it easily beats anything you can dehydrate or make on your own.

Here’s some things I learned while cooking, eating, and playing with TVP:

If you’re still skeptical, I recommend snagging a TVP sampler pack from Harmony House (hey, I gotta show them some love) and try the different options for yourself. I don't normally see many TVP varieties at my grocery store, it's usually just the tiny pieces variety and labeled generically instead of aiming to be a beef or chicken substitute; so the sampler has that going for it.

While the TVP was given to me for free, this is in no way a paid endorsement or some sort of quid pro quo. In the pursuit of tasty, nutritional, lightweight backpacking food I’ve dehydrated many proteins: ground beef, canned chicken, even deli turkey meat. I’ve even dehydrated sour cream, which failed spectacularly. I call it like I see it.

I’ve spent a lot of time dehydrating things and openly sharing my results, and TVP legitimately leaves me with two thoughts: 1) I wish I explored it sooner, would’ve saved so much time prepping for the John Muir Trail, and 2) I don’t think I’ll ever bother dehydrating my own beef or chicken again.

Given that the texture and flavor of the beefish chunks is mind-blowingly similar to a piece of really tender beef, the only compelling reason to not use it is if you insist on eating actual meat (at the expense of its dehydrated texture). TVP certainly satisfies the urge to suffocate myself in a steak, and that’s more than good enough for me.

If $15 breaks the bank or you think I’m a shill, go get a small portion of TVP somewhere local in a bulk bin. Try it for yourself and shoot me a message on Facebook if you think I’m full of shi.. beefish chunks. I might even send you some of my own dehydrated ground beef as reparations. Scout’s honor.*

P.S. To the vegetarians and vegans out there: sorry I'm late to the TVP party.

*not actually a Boy Scout, honor may not apply.